i am soooo glad the shoots are over (for now)

monday morning was insane. (and i mean last monday the 12th) really. firstly, i woke up about half an hour late, so it was a mad rush from the start…. when we got to NYU, barely 10 mins later i was sent out to run errands. thank god Yama drove!

we had to go to redhill market to get hangers, fruits, safety pins… i can’t really remember what else. my brain was still half asleep. lol!

okay back to the studio, monday we did MONEY IN MY POCKET, and we had two hot cars as eye candy for the day!

a lambo and a bentley! 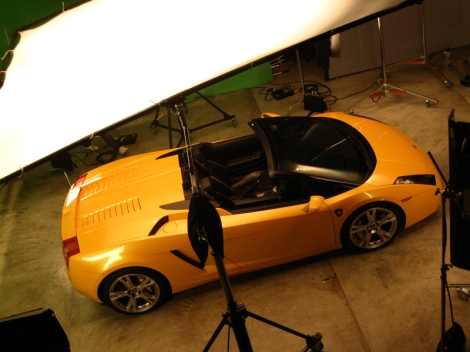 ever seen it from the top?

this is Taisuke btw, aka Monkey King.

and i got to drive the Bentley! 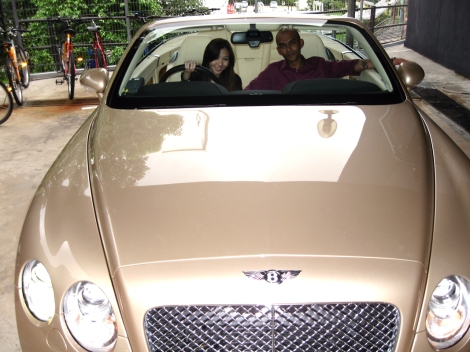 okay, fine. i didn’t drive it. just sat in it. but hey, not everyone gets the chance to sit in one of these! :)

Barun was in the monkey suit all the way… poor fella. it was a SWEAT SUIT really! everytime he took off the monkey head he’ll be dripping like a tap! if it were me i would have passed out i swear… good job monkey! 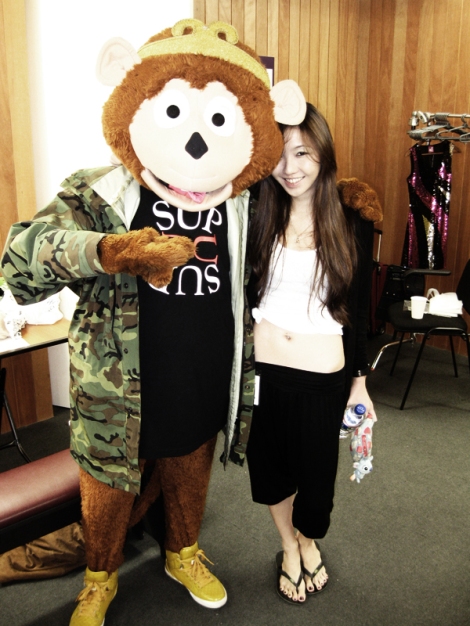 i snagged a free cap which is too big for my tiny head. thanks to the people from SUP CLOTHING! 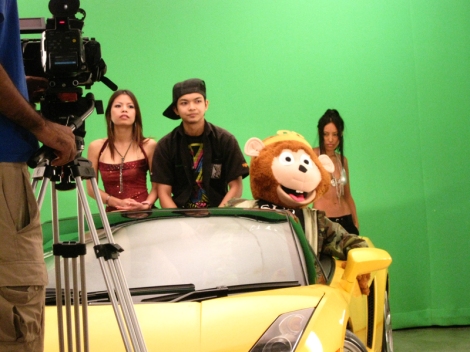 one of the favourite photos of the day…

anyway, those are just a tiny fraction of all the photos we took on monday, the rest is on facebook so go check them out! i’ll get to tuesday’s shoot later! cos i’m gonna hit the sack! (i’m way past bedtime, AGAIN. no surprise…)

I created Le Petit Cadeau in the hope of spreading positivity one little gift at a time. Every little win in life deserves to be celebrated, and it really is okay if all you did today was wake up and breathe.