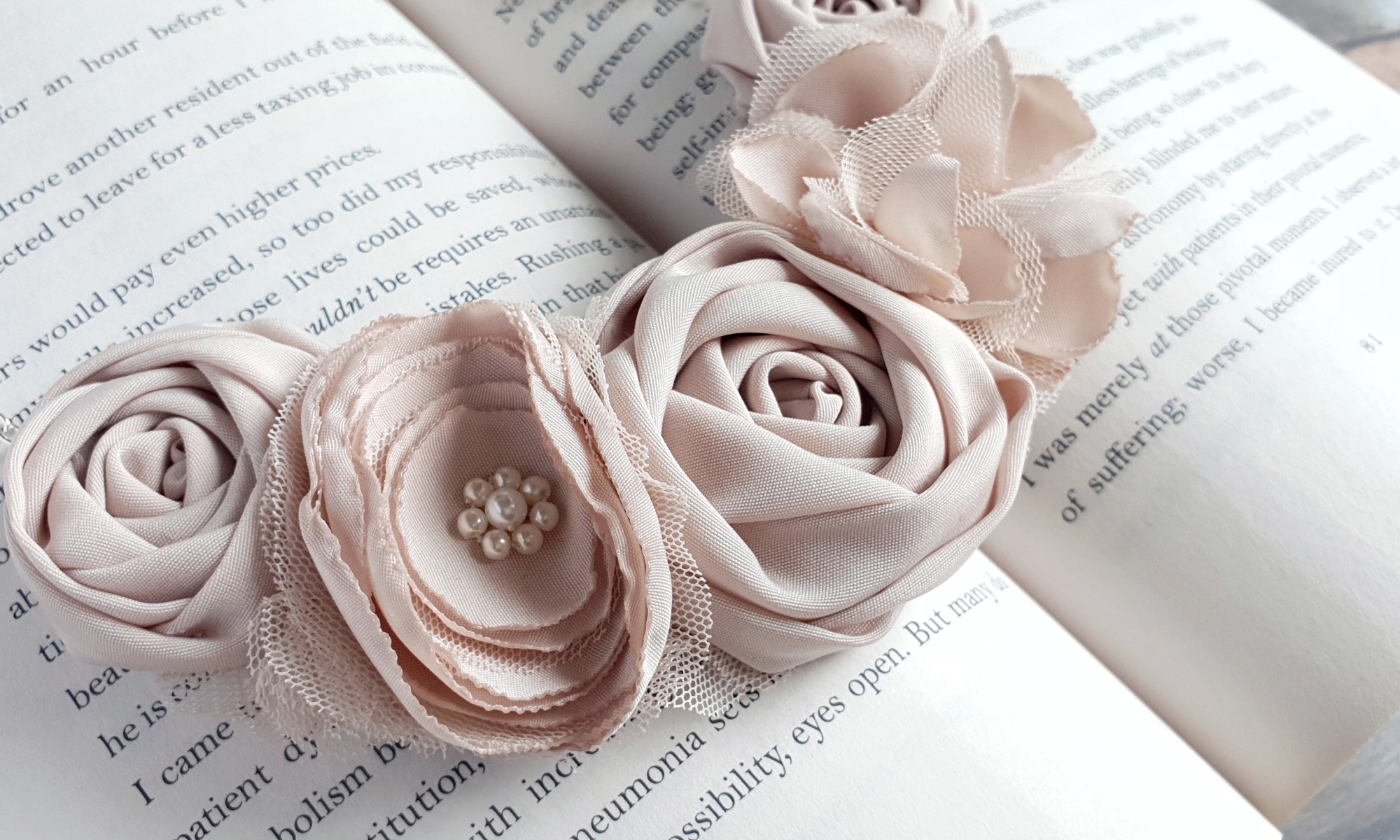 I had initially planned to launch these updated and new pieces last week, but if you’re following my Instagram, I got totally derailed by the TraceTogether token! I started making cosies and simply could not stop, until now. I told myself I will not touch another ball of yarn until I get this done!

So I did! And decided to have some fun with it while I was at it! I found some old photos of the previous versions so I decided to do a before and after with 2 of them.

This is a Perpetual Spring Luxe piece, complete with a girly touch of tulle! Which girl doesn’t fancy a dreamy floral piece?

Tulle Princess in Nude Beige (SGD$42) is a neutral and versatile piece which can be dressed up or dressed down, okay it might just be on the dressier side but still great with casuals! This is a tweaked version of the one I posted in my previous post.

This was “Pretty as a bride” first, before it became Roxy Rose. I decided to name it Ivory Rose (SGD$39) as it sounds more simple and well, who was Roxy?

Last but not least, Black & Blue! (SGD$39) Okay I didn’t change the name for this one because, you really can’t deviate far anyway.

I have lost count of how many versions this piece has gone through! There was also a felt version of this. And now I’ve brought it back and “updated” it again! Unlike the previous version which had a raw edge blue flower, this version consists of 3 handsewn fabric rosettes and 2 singed fabric flowers, one black and one blue.

Shop these florals and more here!

If you’ve been following The Perpetual Spring Collection all these years, you would have noticed that I lowered the prices of the pieces (Ivory Rose & Black & Blue included) and I thought I would share with you why I decided to do so…

When I “rebranded” to “Le Petit Cadeau”, we were pretty much in a terrible state no thanks to Covid19. With most people taking pay cuts, losing their jobs and struggling to hang on to their sanity, I wanted to make my pieces more affordable to everyone. After all, being in a pandemic situation doesn’t mean we should stop dressing well and wearing things that make us feel good about ourselves, right? The process of making them really makes me happy and getting messages from you when you have received your orders makes me even happier! I want to spread that love and joy as far as I can.

Remember, you don’t need to dress up for anyone but yourself, and we all know wearing floral pieces kinda makes you that much happier for some reason. :)

Also, if you’re interested to get a TraceTogether token buddy for yourself, you can check them out here!