…remember i said our brain really controls everything?

well, i got through the entire week perfectly fine. why?

cos i told myself ben wouldn’t be able to call, not becos he doesn’t want to… but becos he can’t. somehow i manage to block out emotions that way… and then the whole of friday was crazy! why?

cos i knew ben was gonna be back from field camp, but i didn’t know what time so i was really jumpy all day… then it started to get late… and 9-ish would be the normal time he calls… but until like 1130 my phone was still silent! but yea, he called in the end :)

i’m so glad field camp is over… i mean, that’s probably the worst part of BMT right? a whole week apart? i’m just so glad that now we can say…

but come to think about it, anticipation can really drive you bonkers.

isn’t he such a sweetheart?

he’s realllllly tiny! he’s about 1.5cm?  this is officially the tiniest panda i have in my collection now! can’t wait to show ben later :)

speaking of which, i’ll probably be out all day… so here are some sneaks of what’s new cos i got new supplies all the way from the USA earlier in the day! 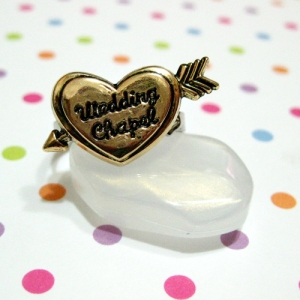 i loveeeeeeeee the wedding chapel ring! there’s just something about it that is so so cute. this piece is mine! haha!

ppssssttt : even the paper i use as background is imported from the USA! lol! cos i’ve given up on looking for pretty paper here! those are just a fraction of the new stuff i came up with. i’ve got new bottlecap and scrabble tile rings! and more chanel!

BUT! for now, my eyes are shutting. i really want to wake up and go to pasir ris to see ben but i really doubt i can wake up. if i do… well it just means i’ll be zombified all day. grrrrrr…

oh yeaaa one last thing before i sign off… mummy’s laksa. 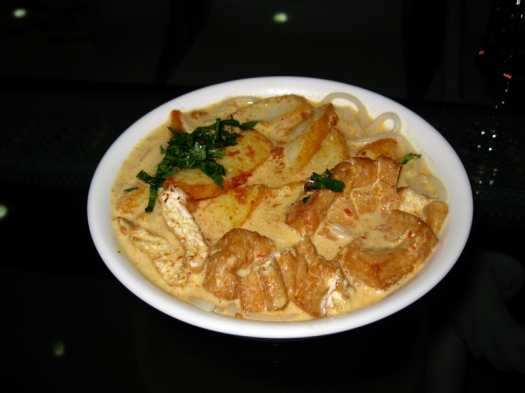 i’m not a laksa fan but ben will probably scream when he sees this. i hate the leaves… ppffttt.