This little rascal cost me quite a bunch of nerves last weekend! 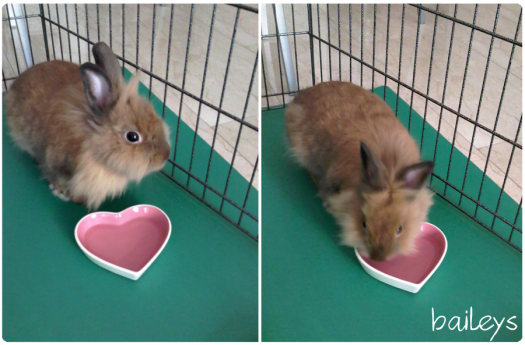 So it was Sunday and I was attending bYSI’s exclusive bloggers’ tea party at ION Orchard when I got a text from daddy saying Baileys isn’t eating, drinking or moving around. My heart dropped, and I didn’t know what to do… He’s usually the hyperactive, noise making, scampering bunny. For him to be just sitting or lying around, wasn’t a good thing.

So I had to scrap dinner plans I made earlier, rushed down to church for mass and then made a mad rush home to make sure he was still well, alive…

I got nervous opening the main door, hoping to see him get up like he usually does when I come home, but nope, he just lifted his head slightly before going back down… It was Sunday, no vets were still open, so I put him out in the playpen while we had dinner. He still wasn’t moving much so we scooted off to Pet Lover’s at Northpoint to see if they could do anything… He seemed fine in the car tho, he kept sticking his head out of his carrier…

No verdict, just possibilities. Maybe his teeth were too long, maybe he had a furball… He got his nails cut tho… At least it wasn’t exactly a wasted trip. He got a little better when we got home. I sat with him in the playpen trying to force feed him with some “stress pack formula” and managed to feed him some vege leaves.

Monday, contemplated taking him to the vet, but he seemed to be getting better. He started pooping but it was runny, I know you’re supposed to consider runny bunny poo an emergency but it was a risk I took to wait it out abit longer. We managed to get him to eat more vege leaves and I managed to get him to eat pineapple. I googled a lot and pineapple was a possible “cure”.

And guess what? He took a nap and within an hour of eating the pineapple, poop appeared!!! Not runny poooo! It was smaller than usual but it was a good sign. I’m glad I didn’t go to the vets, it would have cost me at least $100 straight up. 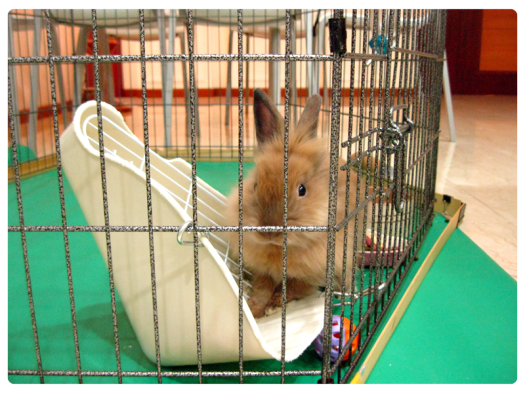 Next day he was back to normal, although still being picky with his food, but he was back to running and jumping around. It’s been a week and he’s back to his old mischievous self again!

Thanks to everyone who read my tweets and showed so much concern for Baileys, he sends his bunny cuteness and ♥! =)

One Reply to “Bunny Trouble!”