okay here are photos from the photoshoot i did last month!

the September issue is out so i guess we can post photos more freely… we were told not to publish photos until the story was published, and it has been so here are the photos! I myself haven’t gotten hold of the september issue, but from what i’ve heard… it still looks like me, just with a whole lot more makeup piled on… I have photos to prove it.

top photo : that’s all of us basically… photographer, michelle, me, and yuen mei (daniel’s supposed cyber-stalkers) 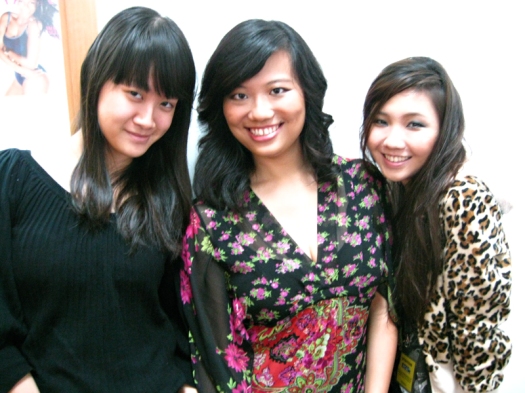 that’s denise, she did our interviews! 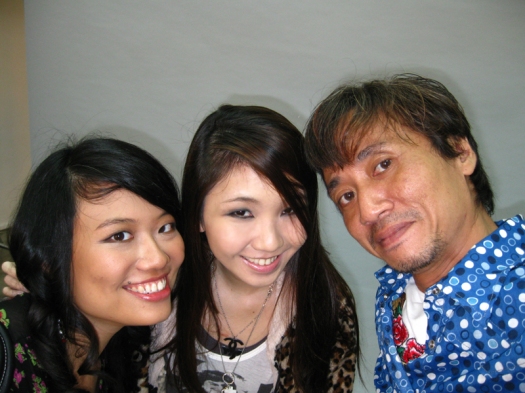 if you’re taking a photo of yourself, you have to turn the camera upside down… it gives you better control! no kidding! that’s what he said!

it was actually daniel’s birthday on the day of the shoot, we didn’t get to see him in person, but we did leave him a birthday note telling him we wouldn’t date him. haha! now i wonder if kamei actually gave it to him…

that’s about all, some photos are just duplicates and we didn’t really take very many photos while we were shooting… and would you believe, they didn’t want me to take off the jacket cos.. well.. they said im too skinny!

trust me, you’ll never catch me with this much make up on again… not in a million yearssss! (i hope)

gosh, i’m so gonna pick up the september issue the moment i step out of the house later in the day… and then i’ll take a photo and update this okay? busy busy day ahead! i have orders to mail out and errands to run… and i just promised grace she could interview me for a school project. somewhere in between i have to pick up some stuff from mabel.  and the highlight of the entire day would be the meeting with…

they’ve got really awesome apparel for guys, so please pop in! (did i mention quite alot of stuff is on sale right now?)

that said… if i don’t reply your emails today, please bear with me okay?