i think last wednesday was the most fun i’ve ever had at Butter… ben said, “this is the first time i didn’t see you around the whole night” well, true that, i was running all over the place and i counted, throughout the entire night, i got hit THREE TIMES by drunk people… the last one being the worse. some big guy getting thrown out by the bouncer and he hit my arm while struggling. oh well!

for the first time i didn’t take very many, cos for once i wasn’t hiding around the console.. hahaha 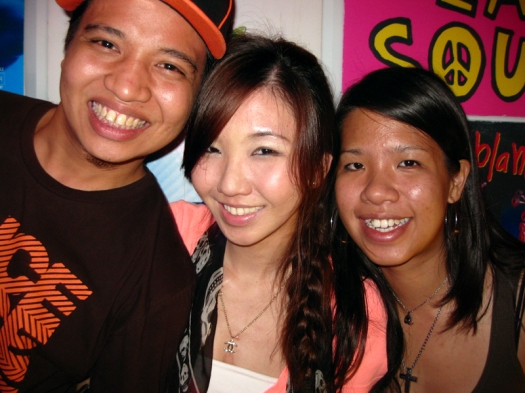 my long lost friends whom i haven’t partied with in a longgggg time.. Don & Shir 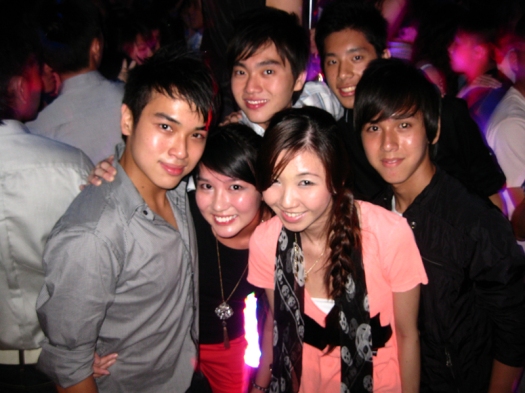 and if you’re thinking eka and dwi look quite alike, well, they’re brothers! i think dwi is adorable btw… it was his first time at a club and he was shy beyond words really. took quite abit to get him moving…

come to think of it that’s the first night i spent in BUMP instead of FASH, and they have poles in BUMP! yes i tried it, it’s so much fun really! the next day was bad tho, i had slight bruises on my upper arm from too much pole-friction. but i think it was well worth the aches! was asking ben if i could learn pole dance, he’s like… NOOOOOOOOOO. but why? :( 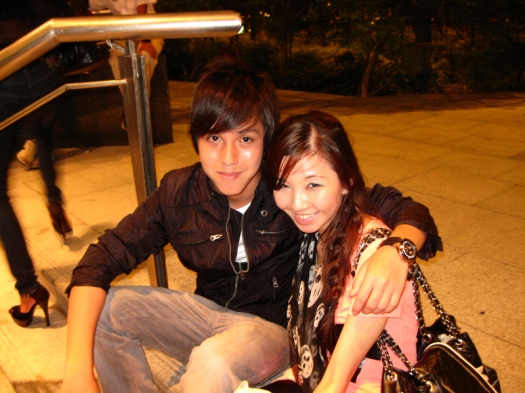 i don’t know how to describe it, he just has this cool kid face. it’s like taking a photo with some celebrity. haha! see, i told you there weren’t much photos.. see the rest of facebook!

"If you just go with the flow, no matter what weird things happen along the way, you always end up exactly where you belong." - Tom Upton
Just another day in the life of an Amineko! What happened that scared him? 🐱
Thanks to Eileen of @misspetalandbloom for the feature! #supportsmallbusiness
Be a rainbow in someone else's cloud.
Make this little pupper yours!
Don't forget your friends (single friends especially) this Valentine's Day! ♡♡♡
Happy weekend from the cutest hamsters! 🐹🐹 Used an original pattern from Little Ravern Fibre Arts for this custom order for @joanna.teh.733
"A red rose for you!"
Just realised it's less than a month to Christmas! Have you started on your Christmas shopping list? I certainly have not! 😆
Packing up this fun bunch to mail out!
One more day to the weekend!
Paper not picked.