…it feels like just yesterday that i brought Baileys home. but it’s already been… 5 days! gosh time really flies when you’ve got your hands full. it’s really unfortunate that Baileys caught an infection immediately after i got him.. in fact, i’m beginning to think he was already a little unwell when i got him from the shop. i remember his nose was already kinda wet.

to think they made me sign a form claiming that they won’t be responsible for him being sick once he’s paid for. how irresponsible…… shouldn’t they at least make it a point to ensure he is totally fine first and not sell a pet that’s already not well?

but… the fact is, i’ve grown to love Baileys…

although he really makes me panic when he starts dashing around his cage and makes my heart ache each time he sneezes, he’s really a “furball of joy”. i asked the vet yesterday if his dashing around in the cage is normal, i was afraid he was dashing around becos he was scared, but she said it doesn’t seem to be a medical problem since the only problem is his nose… so it might just be a “behavioral thing” or he’s just amusing himself… she said if he was scared he would be panting after dashing around, which he doesn’t do. so, well, i’m hoping he’s just playing and doesn’t hurt himself in the process.

i just hope he’ll stop sneezing totally and get well soon so he can be a normal happy bunny.

i really wish i could let him out to run free in the house, but there’s really no way my place is rabbit-proof! he’s very fast to bite everything he sees, so imagine, the wooden trims, curtains, wires, cabinets… the only part of the house that he can really run free is the “corridor” leading to the rooms. all doors would have to be closed tho. and the floor is marble so it’ll be really slippery! oh well.. i feel kinda bad not having a large space for him to run… my parents would definitely kill me if he runs freely around the house! lol

3 days on medication, he’s doing okay. he’s pooping normally, no diarrhea, he’s eating and drinking okay too; thank goodness. it’s almost like having a baby at home. he jumps at loud noises! and he constantly wants attention. after alot of dashing around, if you sit next to his cage and stroke him, he’ll settle down and chill in a corner. and he jumps up the moment u stop!

i also asked the vet if it was safe for him to consume newspapers.. not that i’m feeding him that but he just keeps tearing it up and ending up eating some of it. she said it was safe but just make sure he’s eating his own food too. so i tore the edges from the newspaper, the “ink-less” parts and lined the sides of his cage… at least i know he’s not ingesting ink. i’m gonna go look for new things for him to play with so he gets distracted and stops eating the paper…

and look at the mess he made!

anyhoos, i have to make a quick trip down to clarke quay in abit. got to pick up the goodie bag i won from CHIC MAGAZINE and also a set of their past issues! and then, ben’s coming to meet me at Dhoby… i wanna go to daiso to see if they have anything fun and safe that Baileys can play with… wood toys and stuff. the stuff i ordered online will only be delivered next week. :(

and speak of the devil, ben’s really getting good at giving me heart attacks these days. he doesn’t tell me he’s got nights out, he just shows up at my house! >_< i really need to start preparing myself mentally for these sudden shocks. i might just die of shock one day… ppppfft. 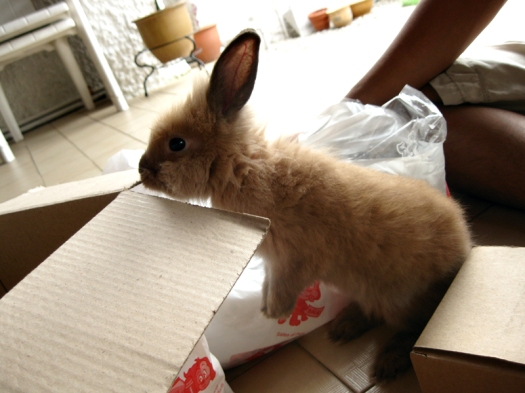 hello! my name is Baileys! 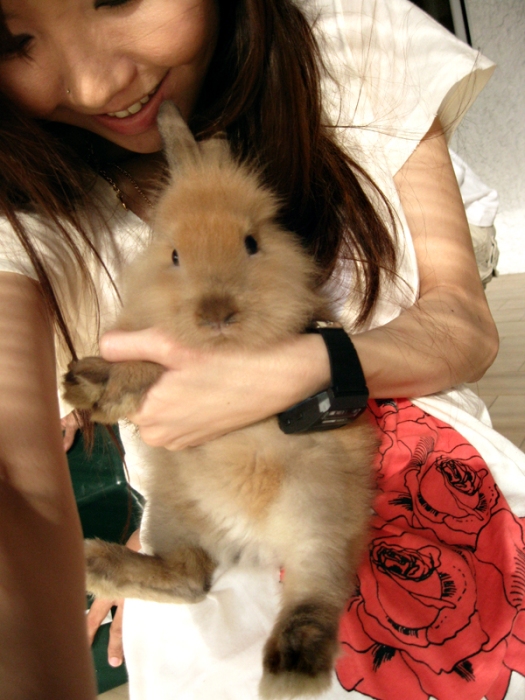 jeanine just bought me today, and ben likes playing with me too!

i like to be hand fed. and i eat ALOT. (and poop alot too)

that’s all from me for now… stick around to see more of me! 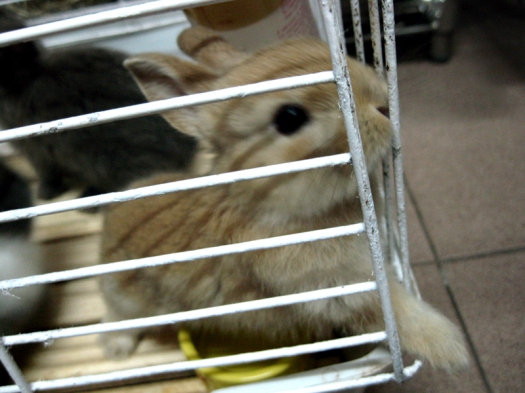 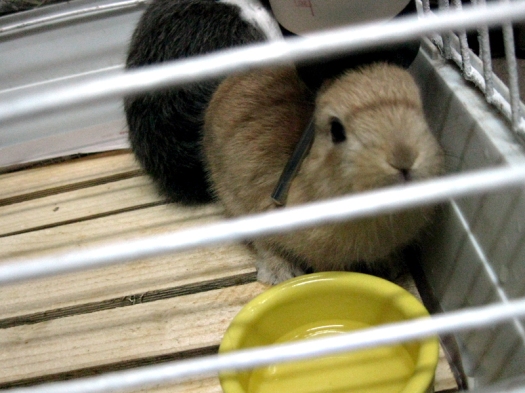 we went to the pet store to look at animals…

there were hamsters, dogs, rabbits…

but i can’t forget this little bunny… i really want to have this bunny.

ohhmygoodness bunny, i’m in love with you! even though you cost $160…

bunny will you please be mine?

ps : girls, guys…. i’m gonna be out all day monday. got a photoshoot for CLUBCOUTURE!

so gimme some time to reply your emails, enquiries and what not when i get home (quite late) in the evening. if you don’t hear from me, please wait till tuesday!